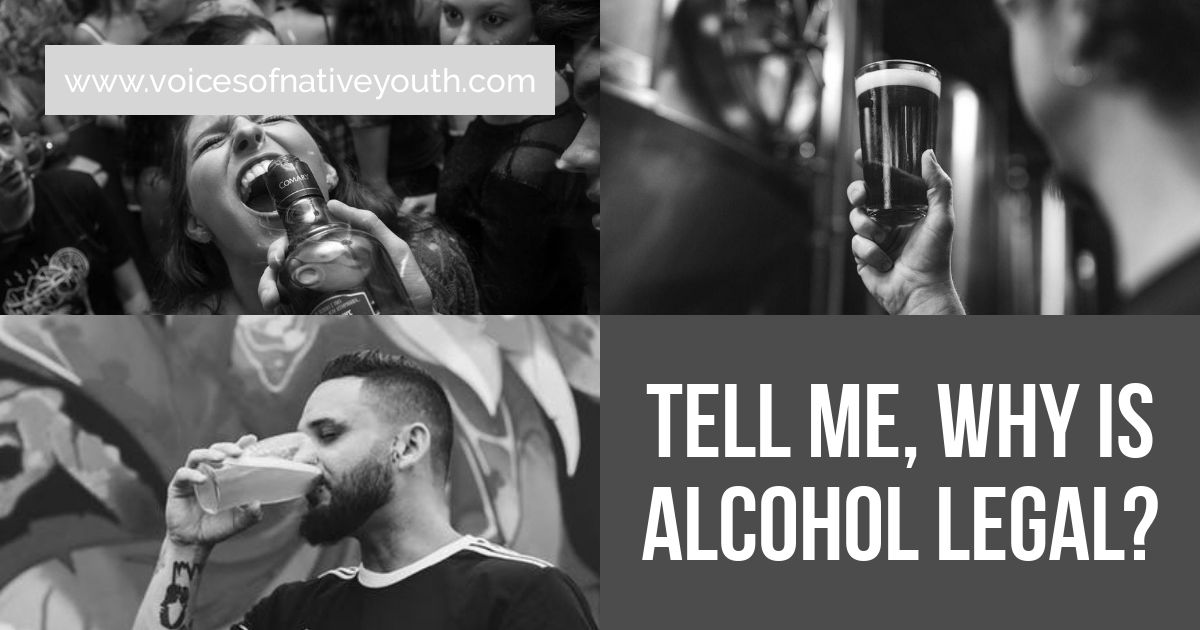 My family has a history of struggling with alcohol. They have many bad things going on for them because of their struggles with alcohol. Why should alcohol be illegal? Alcohol is bad for your health. It can cause liver disease, depression and other things can come from that. Alcohol is bad for your life, because you can die or get addicted. Alcohol can also cause permanent changes to the brain.

Alcohol Should be Illegal Because it’s Bad for Your Health

Some of my family members drink alcohol and they have bad health. For example, one relative has problems with drinking and now has liver disease. Drinking too much alcohol can lead to three main types of liver conditions; fatty liver, hepatitis, and scarring of the liver. Because my relative drinks so much, my relative makes frequent trips to the hospital for medicines and for sicknesses. Therefore, this family member doesn’t spend a lot of time with family and misses out on important life events due to bad health. In other words, drinking alcohol is bad for your health and can mess up a lot of things for you.

Alcohol Makes You Do Dumb Things

Alcohol has negative effects on your brain. When you drink large amounts of alcohol on a daily basis, it will eventually do negative things to your brain. According to a report by the U.S. Department of Health and Human Services, “a person who drinks heavily over a long period of time may have brain deficits that persist well after he or she achieves sobriety.”

When you have alcohol in your system you do things you wouldn’t do when you’re sober. You can experience difficulty walking, blurred vision, slurred speech, slowed reaction times, impaired memory, and bad decision-making. Alcohol can produce impairments in memory. Alcohol can do multiple things to you, but it will affect your brain the worst.

Alcohol is bad for your life overall. Over time, excessive alcohol use can cause unemployment, according to a 1995 study of research by John Mullahy and Jody L. Sindelar. If you don’t have a job you can’t pay anything for your living, transportation, or food. It’s hard without a job, because you can’t pay for what you need to live, especially if you have a family.

Alcohol can also cause death. If you have a family or loved ones, they will miss you if you die. Your death from alcohol can be hard on them and they just might take the path you were on. As a result, alcohol should be illegal for these reasons I’ve talked about.

Alcohol is bad for your health, it causes liver disease and depression. It is bad for your life, causing addiction and death. It’s bad for you and your family. Alcohol can also permanently damage and change how your brain works.

Have you ever wondered why alcohol is legal, even if it's really bad for you? #alcohol #drinking Click To Tweet

The Effects of Alcohol on Native Youth

When I was little I would hear my family talk about alcohol and the way it made our family members suffer. I would constantly hear how bad it was from the people who would tell you to be drug free because of the conditions you would suffer if you used it. The things that they wouldn’t tell you was how much it began to hurt the people around the alcoholic in different ways.

As I grew up, I began to realize that I wish everyone would listen to the side effects that alcohol causes, such as the emotional problems, health problems like FASD, and financial issues.

The Emotional Toll on Native Youth

Native youth suffer from alcoholism because the alcoholics in their lives aren’t being a good role model for them. In one article it states that alcoholics tend to drink to try to ignore their problems. Children learn from their parents about how to deal with problems in their life. Children will learn that maybe if their parents are ignoring the problem and drinking and thus expecting it to go away, they should do the same.

In another article it says that children of alcoholic parents tend to deal with emotional and mental issues. I have a relative whose father drinks a lot, and now my relative deals with anger issues. The issues he deals with are caused by the overwhelming feeling that he doesn’t know how to deal with anything. He deals with his feelings of overwhelm by getting into fights.

Native youth may not have the role models to show them how to deal with life problems but that doesn’t mean that they will always struggle with, it just means they need help.

Native youth are prevented from succeeding in school because of the toxic environment alcohol produces. When Native youth who live with a cycle of alcoholism turn to it themselves (or any other substance), they will suffer in school. Their grades will suffer, or mostly likely, they will drop out. A person who has a cycle of alcoholism or turns to drugs will basically suffer in school because of the drugs they’re using.

The cycle of alcoholism not only causes them to drop out or do poorly in school, it causes many more problems that hold them back from being successful. When a student begins to act violent towards their peers or adults in a school setting, they are given suspension or expulsion. Native youth are more likely to be suspended or expelled than their white classmates.

Being suspended or expelled causes Native youth to fall behind, another consequence of a toxic environment caused by alcohol. A toxic environment produced by alcohol could prevent Native youth from being successful in school because they are doing poorly in school, falling behind, or acting violently, which results in disciplinary measures that can cause them to fall even further behind.

The Financial Toll of Alcohol

Alcoholism affects Native youth as children not only emotionally and mentally, but financially, as well. Parents who abuse alcohol may blame their problem (and all of the financial problems that go along with alcoholism) on their children. Actions speak louder than our words.

But this isn’t the only way Native youth suffer. The other way Native youth have been shown to suffer is them having FASD (Fetal Alcohol Spectrum Disorder) which happens in 1.5 to 2.5 per 1,000 births among Natives, according to an article done by the Indian Health Services (IHS).

FASD can cause a number of disorders such as behavior, memory, and learning problems. Native youth don’t have control over these things because their parents decided to drink. The problems that may have affected them can cause them to suffer financially because they are looking for someone to help and they are angry at their parent for causing this. Alcoholism affects children by them being hurt emotionally, mentally, and because of their alcoholic parent or parents. 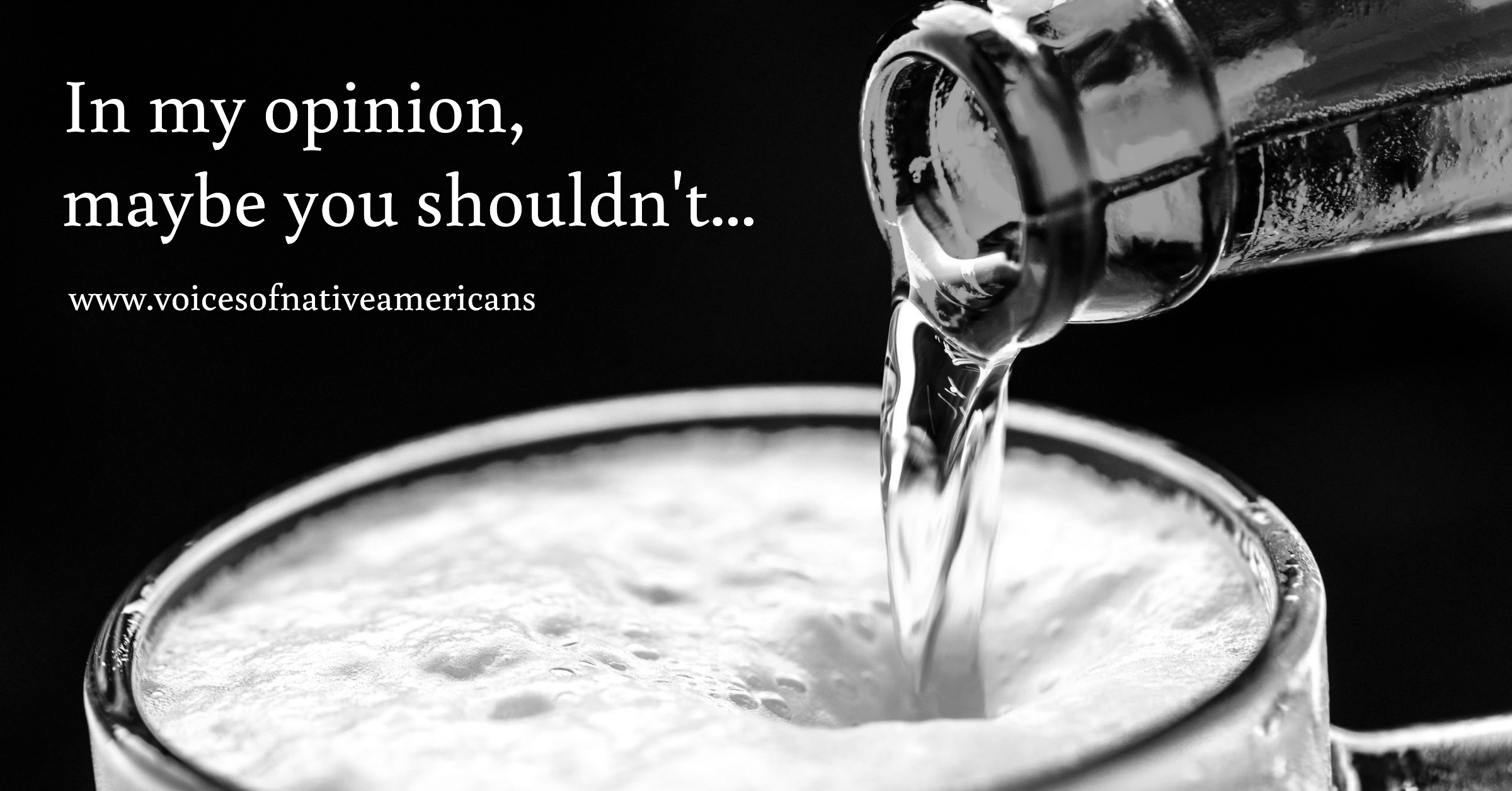