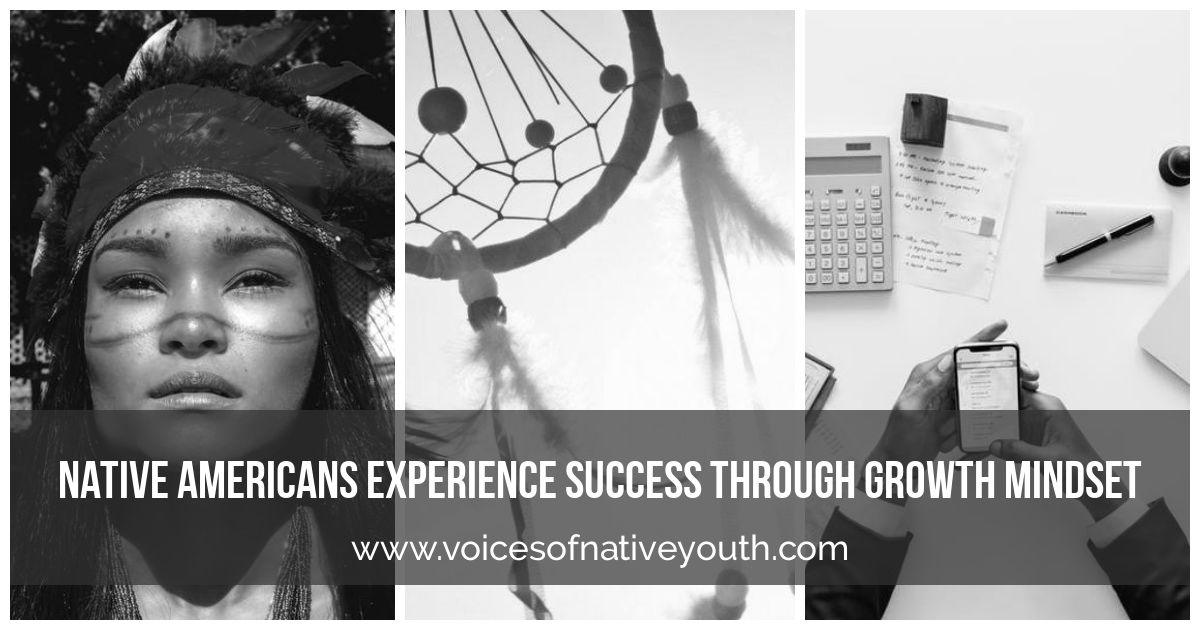 The Path to Success Takes Determination

Native Americans go through hardships but can still be successful in life. Non-Natives judge when life isn’t easy for Natives, but we can still succeed by overcoming difficult obstacles. We don’t have a lot in life, but there are opportunities we can take. Life is not easy for Natives, but we can succeed because we have examples of Native Americans that have became successful in life because they have a growth mindset. They took paths to get where they are now, and even though life is hard, they manage to conquer those difficulties.

Some people think that the term successful Native Americans is an oxymoron, but that is not true. For example, Jamie Okuma is a successful Native American that has her own clothing line and business. She graduated from high school and college, leading to her success. Okuma took classes aiming for her goal of designing and creating art. She started by selling her work at a couple of markets, and now her work is displayed in museums and art institutions.

Henry Red Cloud, member of the Lakota Souix tribe, grew up in poverty and is another example of a successful Native American entrepreneur. He became founder of Lakota Solar Enterprises. He started his business in 2004 with degrees in sociology and cultural ecology. His renewable energy business is the only one believed to be owned by Native Americans in the U.S. In short, Native Americans can be successful.

Life is hard because we don’t have the full support we need. For example I have a family member who has no dad. Her mom and older brother got into drugs and alcohol, and are not usually home. Therefore, this has affected the way she lives and thinks. She had no good role models, and because of this she dropped out of school and is following her family steps. As a result she doesn’t care about her actions and how it effects her and others around her, she finds happiness in the “high” she sees in drugs and alcohol.

Jovannah Poor-Bear Adams, a Lakota Sioux, has experienced a life of hardships. For instance, she went through abandonment from her family and emotional abuse. Her dad went to prison, so she was missing her dad for part of life. While growing up she also had no food and money. Despite the hardships she went through, she graduated, went to college, has a family of her own, and she is the vice-principle of a school for Native American students. Most people experience challenges throughout life that make it hard to succeed, but it is still possible to overcome them.

It’s all about Growth Mindset

Keeping a positive growth mindset and making the right choices can help Natives become successful. My auntie kept a positive mindset and made good decisions growing up. She and her husband remodeled their own home, do their own business, and help others.  My auntie saw how her family drank and it affected them. She didn’t want that lifestyle for herself, so she finished school without doing any drugs or alcohol. Imagine if she did start taking drugs and alcohol, she wouldn’t have had a good future. Her life is good because she made good decisions and took the right path.

Brandi Charley, who is a full Navajo, claims that by setting goals and staying focused on those goals you can be successful. She also credits having the right mindset and being confident in yourself. Brandi grew up with her family drinking around her and doing drugs. She didn’t have the best models while growing up, this caused her to follow their steps.

Brandi managed to stay in school and finish high school. She eventually stopped drinking and and doing drugs. Once she set a goal to become a model, she kept what she wanted her mind. She is still pushing herself to achieve her goals. Today she is a model in Phoenix, AZ, and has her own YouTube channel that shows inside her work and her life. Clearly, to be successful you have to aim for your goals in life and make good decisions for yourself that will have a positive effect on you.

These examples explain and prove that although life can be hard for Native Americans, we can still manage to become successful. There are examples of Native Americans that have became successful despite the challenges. It’s possible to overcome the hard times in your life and become successful. Having a positive growth mindset for yourself and following the right path that will be beneficial to your future will help a lot with achieving your goals.

There ARE opportunities for us Native Americans, we can become successful even though we don't have it easy growing up.  Click To Tweet
FacebookTweetPin

2 thoughts on “Successful Native Americans Have a Growth Mindset”