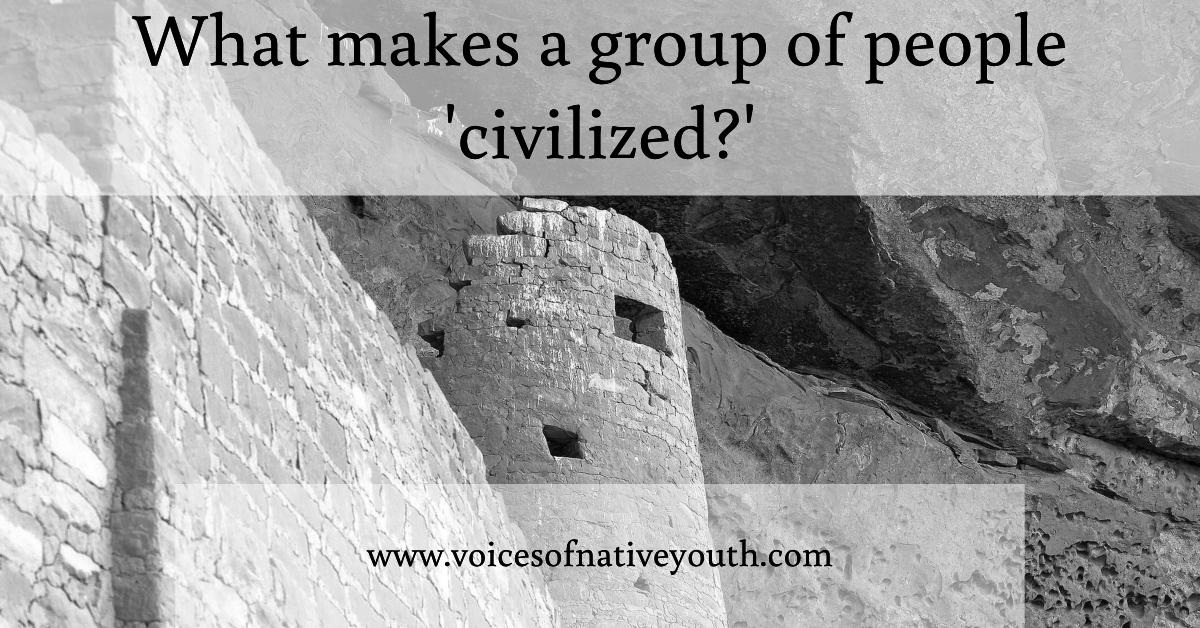 Native Americans are portrayed as outcasts and should advocate to make their history known because history books are not reliable, people think we are what history books call us, and at one point everybody was a savage.

A Lack of Education

History books are not reliable because they do not give enough information about Natives. According to a survey of the U.S. history books used in my classroom, there are 307 pages and only 10 pages talk about Natives. For example, the majority of the references talk about Native Americans being victims of the government, such as the time when Navajo people were forced to go on the Long Walk. The textbook fails to include about how the Navajo successfully regained their land.

People have called us all kinds of names, such as savages, Indians, outlaws, redskins, squaws, and braves. If people researched the meanings behind those names for Native Americans, they would discover that the names are not complimentary.

Schoolchildren learn about us by the names we are called, not about who we are as humans. #socialjustice #native Click To Tweet

As a result, children are learning about us by the names we’ve been called and not about who we are as humans. History books need to stop calling Native Americans by offensive names that people didn’t know the meaning of.

At one point in civilization, everyone acted savagely. The Bible gives evidence of people fighting, killing babies, and stealing from each other. Therefore, the Bible shows that characters acted savagely and acted the way they thought was right, but no one fills history books full of the savage acts of ancient cultures..

In general, it’s not fair that textbook authors call a group of people, such as Native Americans, savages while ignoring the evidences of civilization found among Native cultures. Likewise textbook authors shouldn’t ignore evidence of savagry among the so-called civilized cultures.

Chinampas are an example of Native Americans having more advanced technology than Europeans in the 1500s. Chinampas, which are floating gardens, showed that Native Americans problem solved and thought about their future to make it better.

Thus, Native Americans did not deserve to be called savages because they were more advanced than other civilizations. In other words, don’t call a civilization savage until you know its complete history.

It’s time to include information about Native American civilizations and European savagery in history textbooks so that schoolchildren learn a balanced history. It isn’t right to go around spreading false information and name-calling without knowing the background of Native Americans.

Shawnewa Dahozy is a sixteen-year-old junior in high school. She is part Navajo and part Hopi. Her interests include blogging, reading books, journaling, coloring, and hanging out with other people. She wants to let her voice to be heard through writing because sometimes it’s not always easy saying it out loud. Her biggest peeve is when people talk nonstop even when you ask them to stop.